For the results you can go to this link: ISORA Race Results

The forecast for Sunday published here was pretty accurate but no other boats turned out to join Flair on the race so it was abandoned. A big thanks to Kim and the launch team for repairing the bow of the pink launch damaged in the high winds over Friday night and into Saturday.

The pink launch had a significant hole worn in the bow stem and the metal protection strip has been lost. Kim informs us that this will be replaced when we can lift this launch out, once the blue launch is back in operation.

With a lot of activity on moorings and the 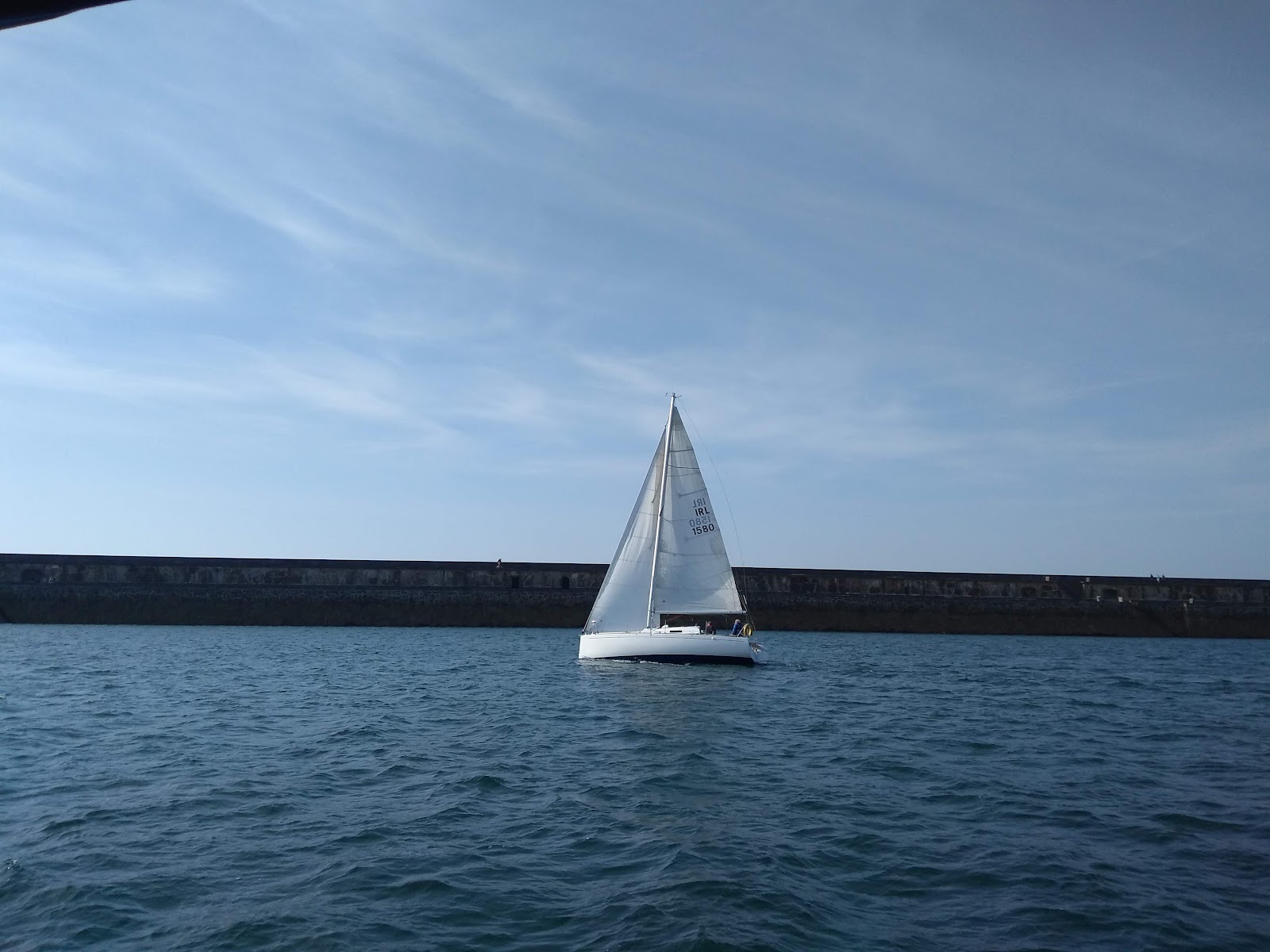 welcome return of Houdini  to the waters of Holyhead we were hopeful of a few entries in the race on a beautiful day with Southerly 11kt to 17kt winds and wall to wall sunshine. However only the one new yacht to Holyhead, Shearwater, joined Flair IV for the afternoon race. The course was set to Clipera, Bolivar, Clipera Bolivar and finish giving a reach out of the harbour, a run down to Bloivar and then a windward leg back to Clipera.

A very polished start by both yachts saw Flair chase off into the lead flying her code 0 from the knuckle eastward. All was going well but as they passed Clipera the spinnaker preparations ran into difficulties. Meanwhile Shearwater had tacked away north with Flair running in close to the coastline before tacking downwind towards Bolivar. At the buoy Flair had a considerable lead but through continuing problems with the rigging she sailed without headsail for quite a way allowing Shearwater to close the gap and as the boats approached Clipera Shearwater took the lead. 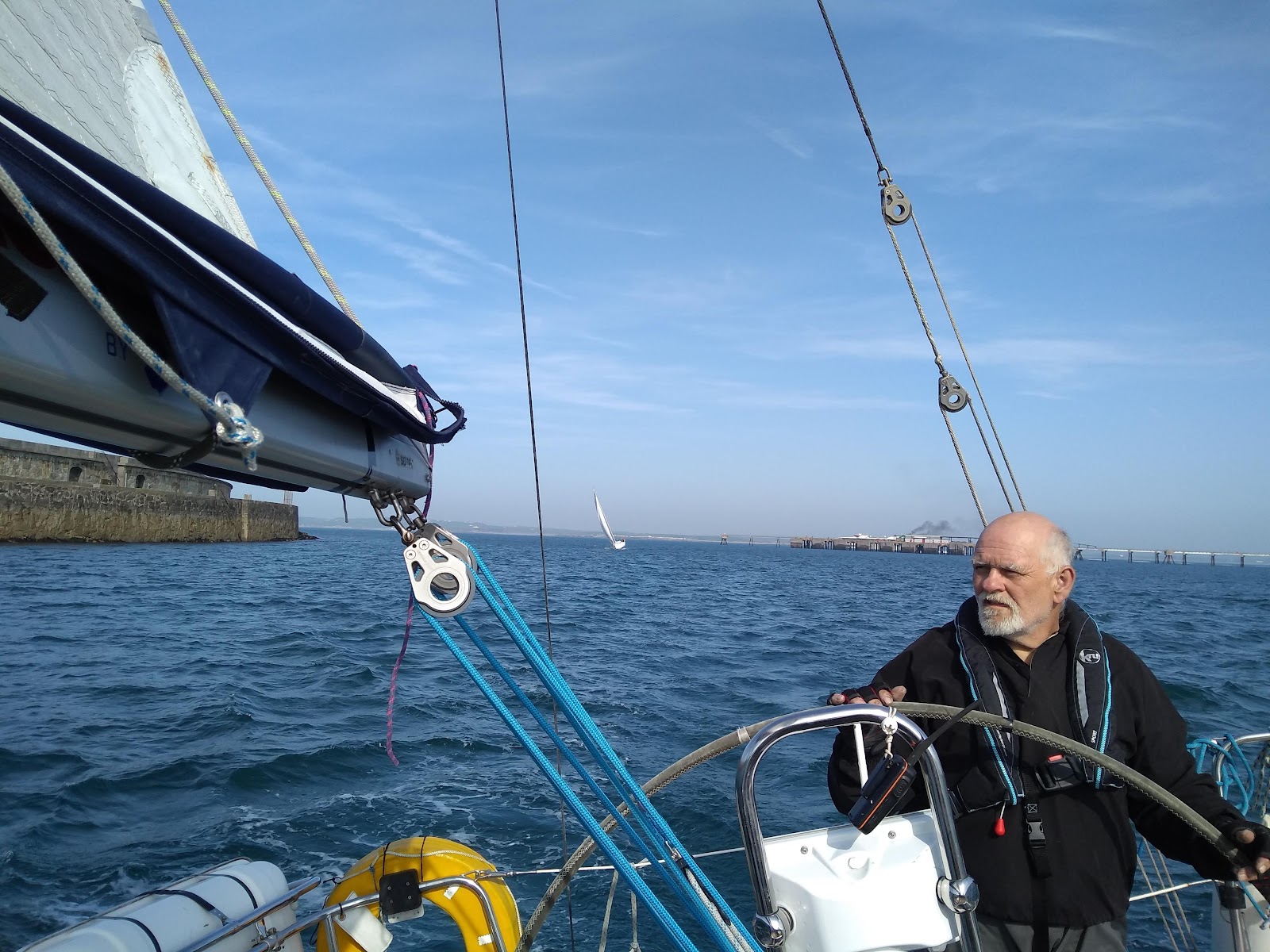 More and more problems on Flair IV allowed Shearwater to gain a considerable lead before Flair got her act together and started to pull back the gap and as they entered the harbour Flair IV caught Shearwater to take the lead two tacks from the finish. So a poor performance by Flair IV gave Shearwater an easy start to her season with a handicap win by some 24 minutes.

Our first offshore race of 2019 was held on 2019-04-14 with 2 boats entered; Flair IV and Hellhound. The results system handicaps have been updated to the latest NHC Handicap numbers. These races for offshores are what is called a tandem series allowing both NHC Variable handicapping and IRC fixed, measurement handicaps. 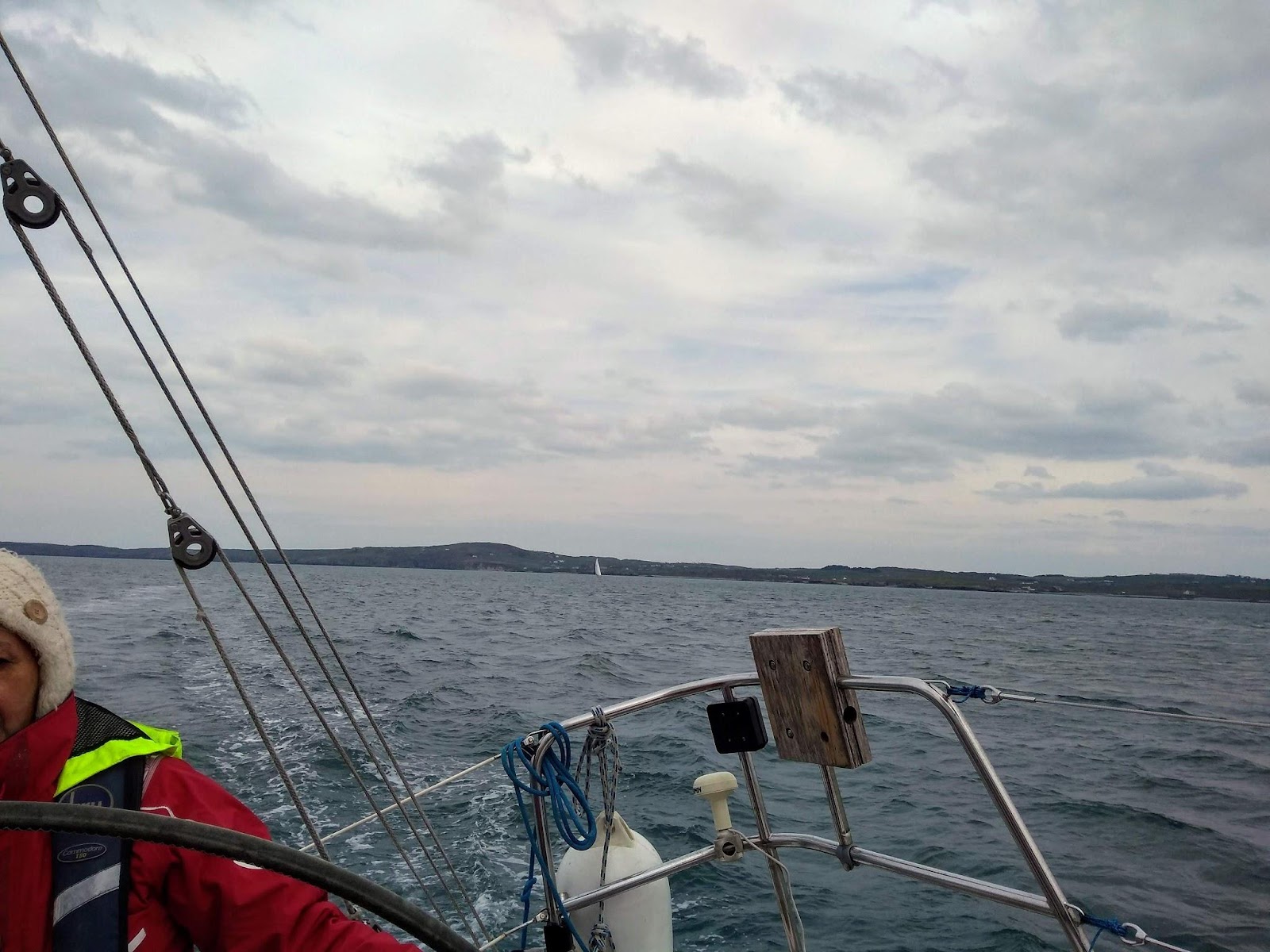 Since only one yacht, Flair IV is in the IRC class the IRC class is not valid for today’s race, just the NHC Class results are available.

The start time of 14:05 is set to miss the Irish and Stena Ferry departure times. The course today was from the start line passing Clipera to port then Bolivar to starboard coming back to Clipera passing to starboard then finish.

Jim on Hellhound was sailing single handed and Flair had a crew of 5 with variable winds of 5kt to 15kt Flair was clearly at an advantage beyond her handicap with a 2 minute 20 second corrected lead at the finish.

As the yachts passed Clipera there was a spectator: 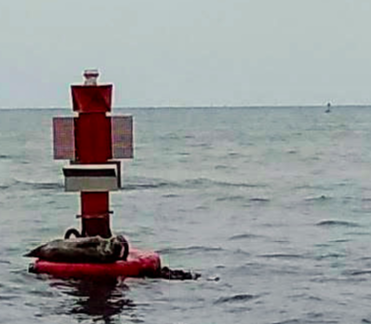 Well a very wet evening to welcome the 5 yachts entering the race! As preparations on board continued the weather changed from drizzle to rain and light winds to very variable and gusty conditions as the rain fronts moved across the harbour.

Wendy returned to officiating as OOD and a course of Bolivar, Clipera and finish was chosen, a shortened version of Course 3 from the new Course Card. This gave the competitors a reaching start to the knuckle then a broad reach to the end of the wall and pretty much a dead run down to Bolivar. On the return to Clipera it was a long upwind leg which continued into the New Harbour with a fetch from the knuckle to the finish.

Here is the Notice of Race for the 2019 Round Anglesey Race. Lets make sure that this year's race is a really big event. Under Item 6 you will see the following: "There will be provision for the PY class to finish in Holyhead." More details on this will be available later...