Getting the race organised was a bit of a problem for the skipper on Flair IV due to a slightly later than planned arrival. However the course was agreed with the skippers on the five yachts competing and all starting today on a single start at 14:10, of course the ferry left later than expected and race officer notified Jetstream almost at the end of the Aluminium Jetty of the ferry’s path expected to run very close!

Jetstream had a considerable lead in the light winds going out of the harbour but tacked early onto starboard going North whereas Flair stayed on port sailing East with a short double tack to round Clipera. Passtime, who had been ahead of Flair from the start tacked to North but didn’t tack back for some time until she saw Flair getting a tide advantage staying further to the South. 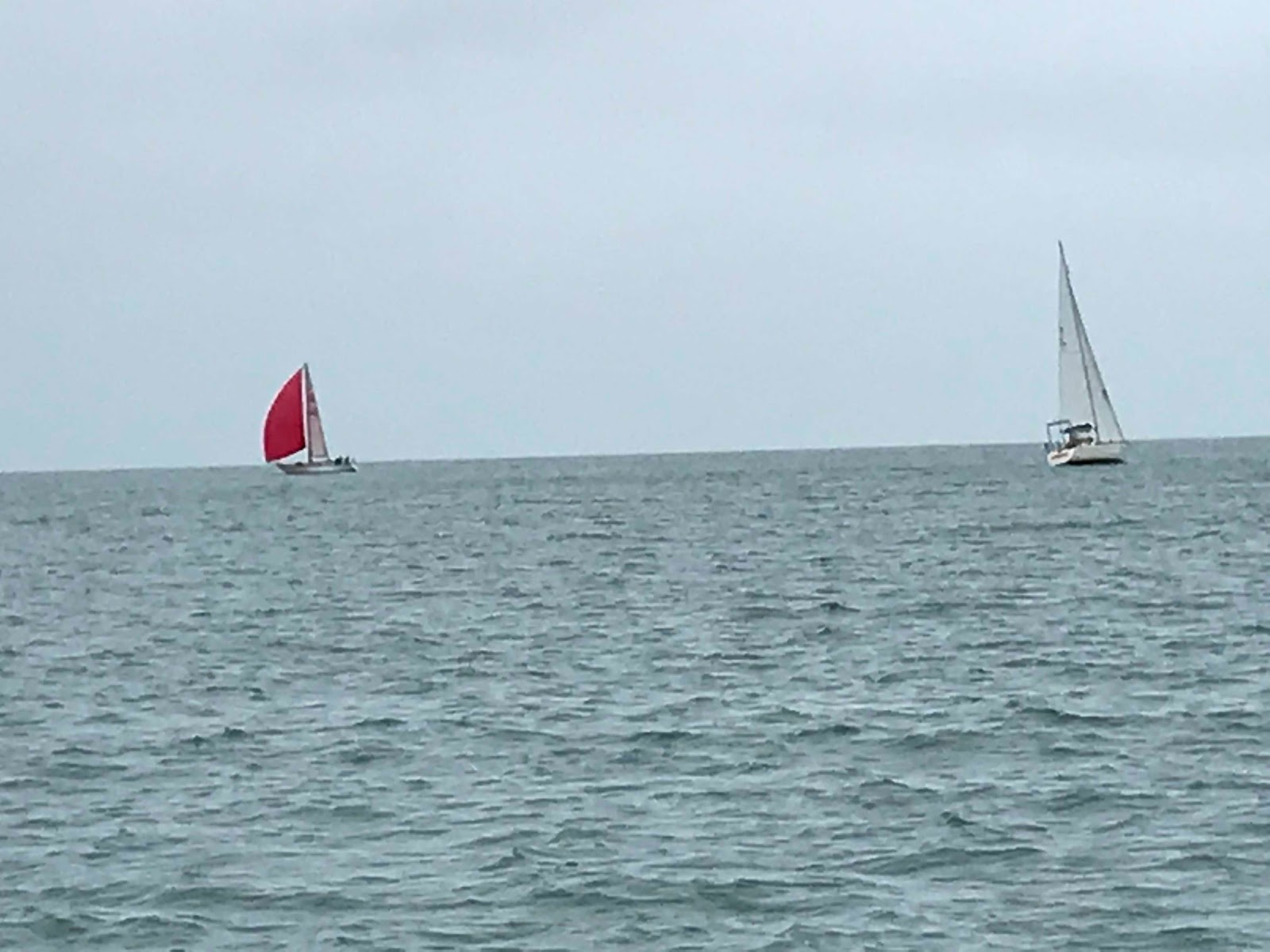 At Bolivar Flair was now ahead of the fleet and she rounded the mark onto almost a dead run with a spinnaker lift, which as customary didn’t go very quickly. Jetstream in second place took off in the light winds with her gigantic asymmetric on a broad reach followed in close order by Passtime. Shearwater and Hellhound followed on as the mist started to develop with drizzle and a distinct colder feel as they all set off to Meath and then onto Penrhos. Under the cloud the winds picked up a little with 13kt recorded on Flair. 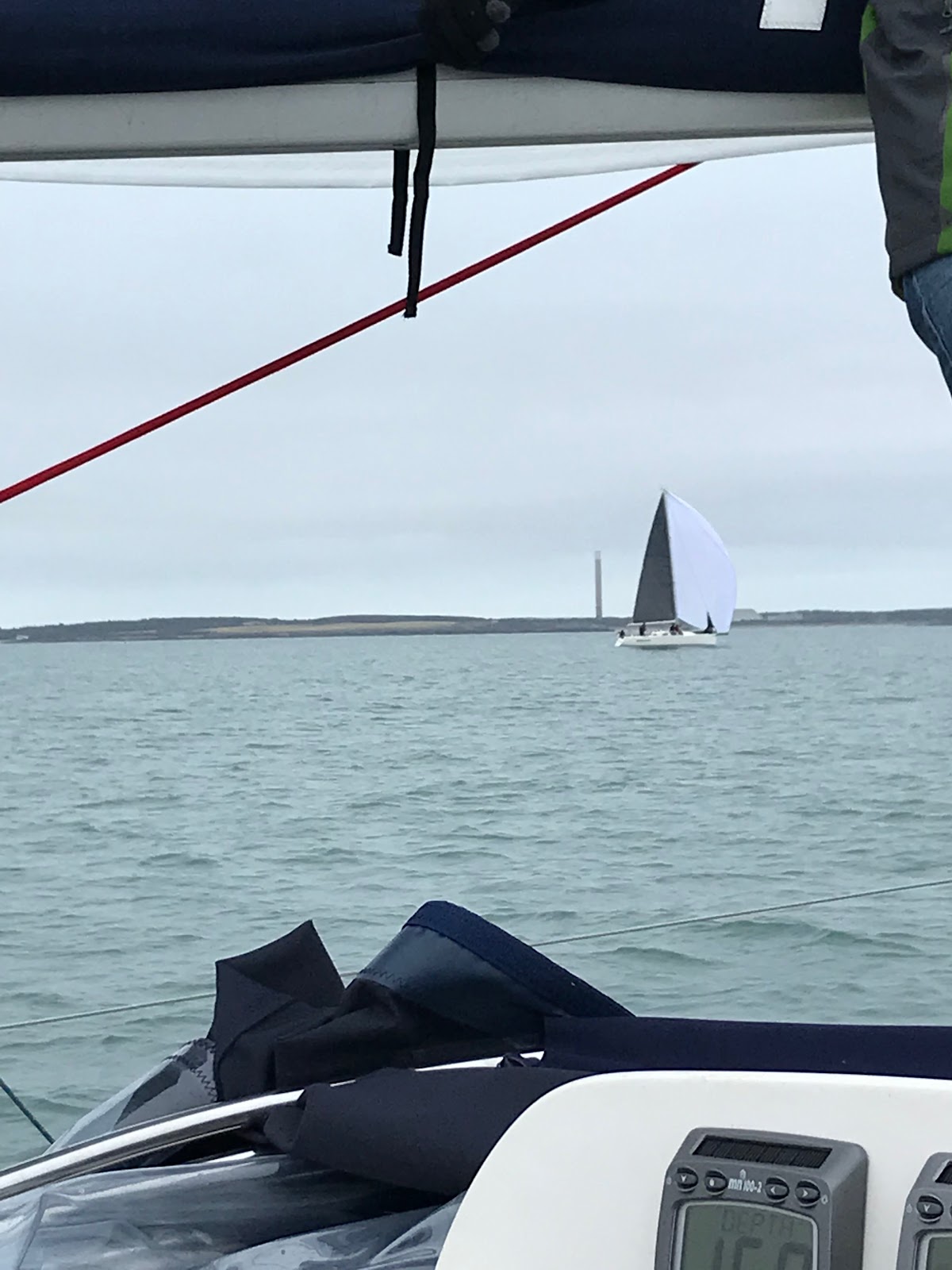 At Meath Jetstream was back in the lead with Flair second, Passtime 3rd, Shearwater 4th and Hellhound, again single handed, bringing up the rear. At Penrhos Flair and Passtime were neck and neck with Flair managing to keep the inside line round the mark and was able to pull away as they headed back to the end of the Aluminium Jetty. 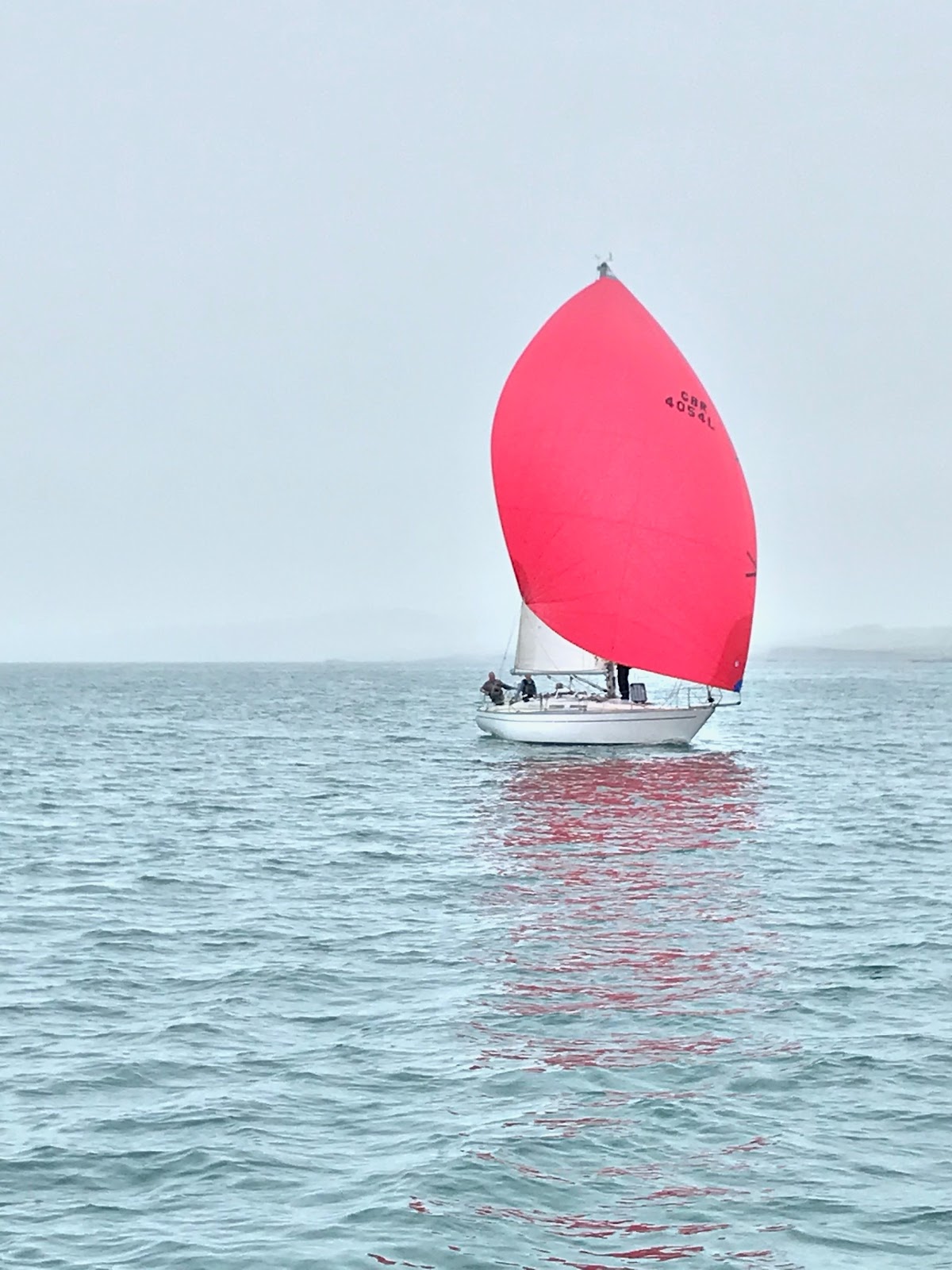 Flair did not go with her code 0 until too late and this allowed Passtime to catch and overtake Flair just seconds before the finish.

Thanks to Becca Warren for the photos...

With a 18 gusting 20kt westerly wind blowing as the 3 yachts prepared for the start and the forecast for the winds to drop later the sail choice was key. Mark, OD, set course 6 to give a good upwind downwind course. The ferries all went out to schedule and Hellhound set off in the class 2 start at 14:10 with Flair IV and Passtime of Hable starting at 14:20. A downwind leg to Clipera had Flair IV flying her code 0 getting the better start with Passtime coming into the start line slightly behind but on a better angle and she crept ahead on the leg to Clipera. All very close at the mark but Passtime got clear ahead on port tack heading out directly into the wave pattern. 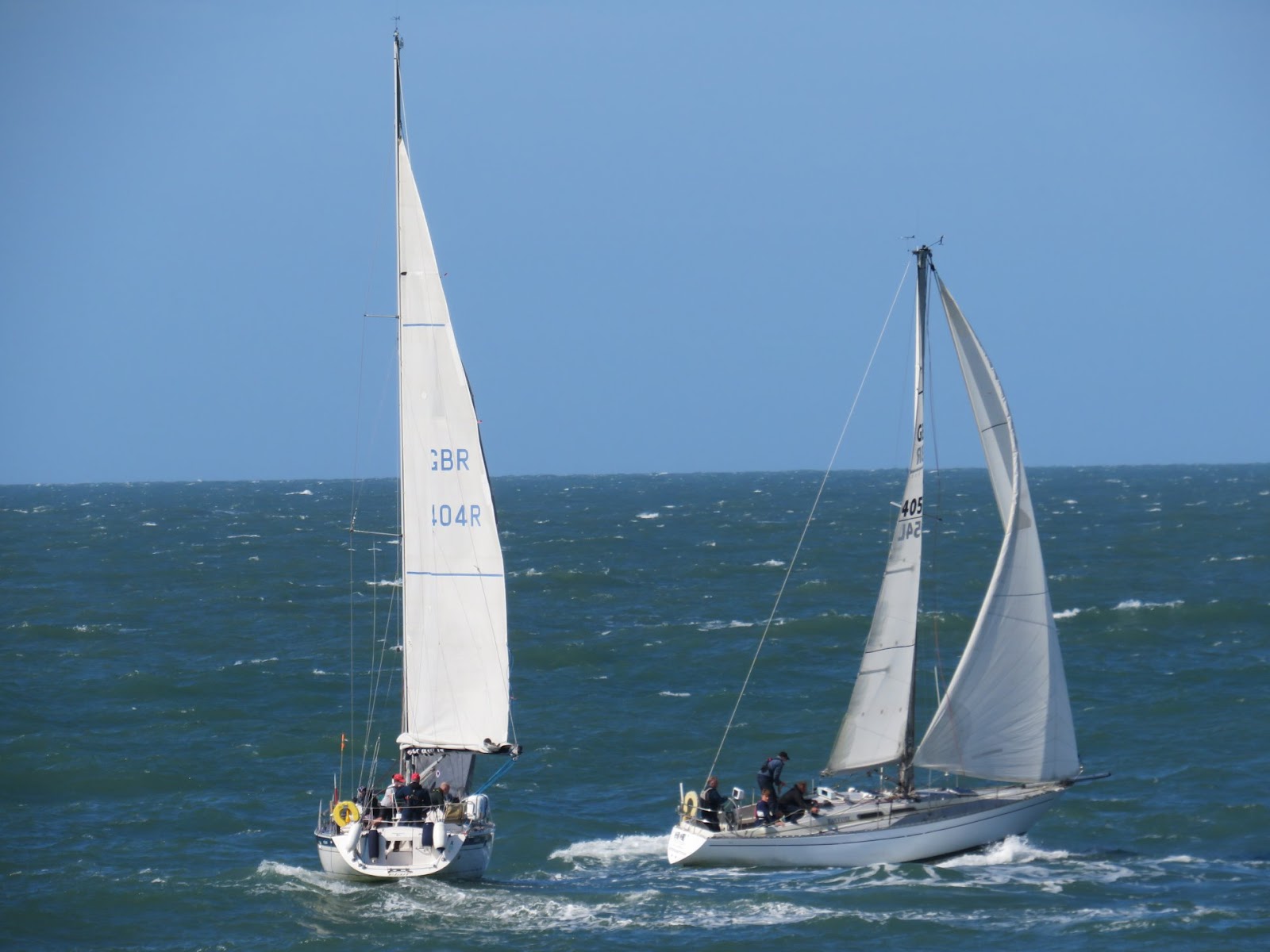 Hellhound was doing well as she was sailing single handed but due to the gusty conditions and the complex waves rebounding off the breakwater retired and headed back to the harbour.

Flair IV tacked onto starboard to avoid the pitching on the waves and had a good line to Coast, the second mark of the course, where she had caught up with Passtime and they rounded the mark in close proximity. Now on the long downwind leg to Bolivar the mishmash of waves made the deep broad reach very hard on the steering but both yachts found that with their spinnaker, on Passtime and code 0 on Flair IV, they handled better. As the yachts battled both the very choppy sea and pushing against the strong spring tide flowing westwards they gradually sailed into calmer waters as they reached the end of the Breakwater with the wind starting to drop a little.

Passtime had an issue when the tack line on her fancy new asymmetric spinnaker failed and the crew had to deal with recovering the spinnaker so she began to fall behind Flair IV. By Bolivar Flair had a substantial lead but Flair then found that her transposition of the course onto her chart plotter wasn’t correct and watched in dismay at Passtime heading down to Penrhos while she was almost at, what the crew thought was the finish line. Flair turned and sailed back to Penrhos then up to Clipera and back to the finish, by now well behind Passtime but she did complete the course…

It was a shame that not more yachts were out for this really good afternoon of sailing.

Many thanks for the photograph by Michael Thomas