With HW at Holyhead 0832 we set off as soon as possible. Black Velvet was first to leave with Hellhound and Soulmate close behind. We were out of the harbour before the ferry arrived, one less problem. 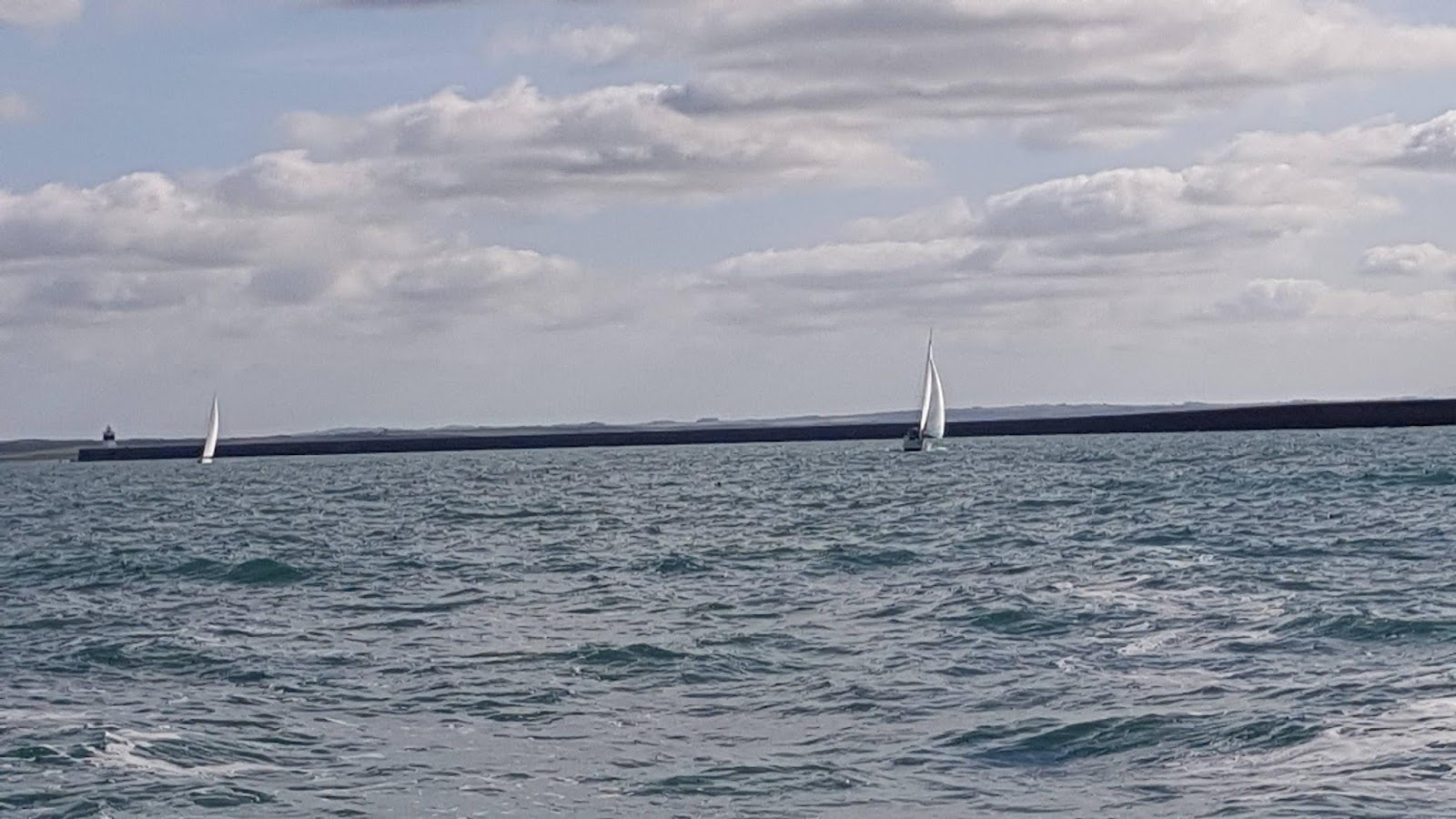 Black Velvet leading out of Holyhead

Wind from the NW around 8 to 10 kts. This got us to North Stack, where a bit of wind over tide gave the usual disturbed water. However, the wind died away leaving us to drift past South Stack on the current.

Once round safely, due to the lack of wind, the decision was agreed to shorten the cruise and go into Trearddur Bay rather than Rhoscolyn.

As expected, there was a fair swell in the bay where we anchored in 5m depth just in front of the beach. A couple of club members let us know (via our Whatsapp group) that they had spotted us. Thanks to Terry and John for the photos. 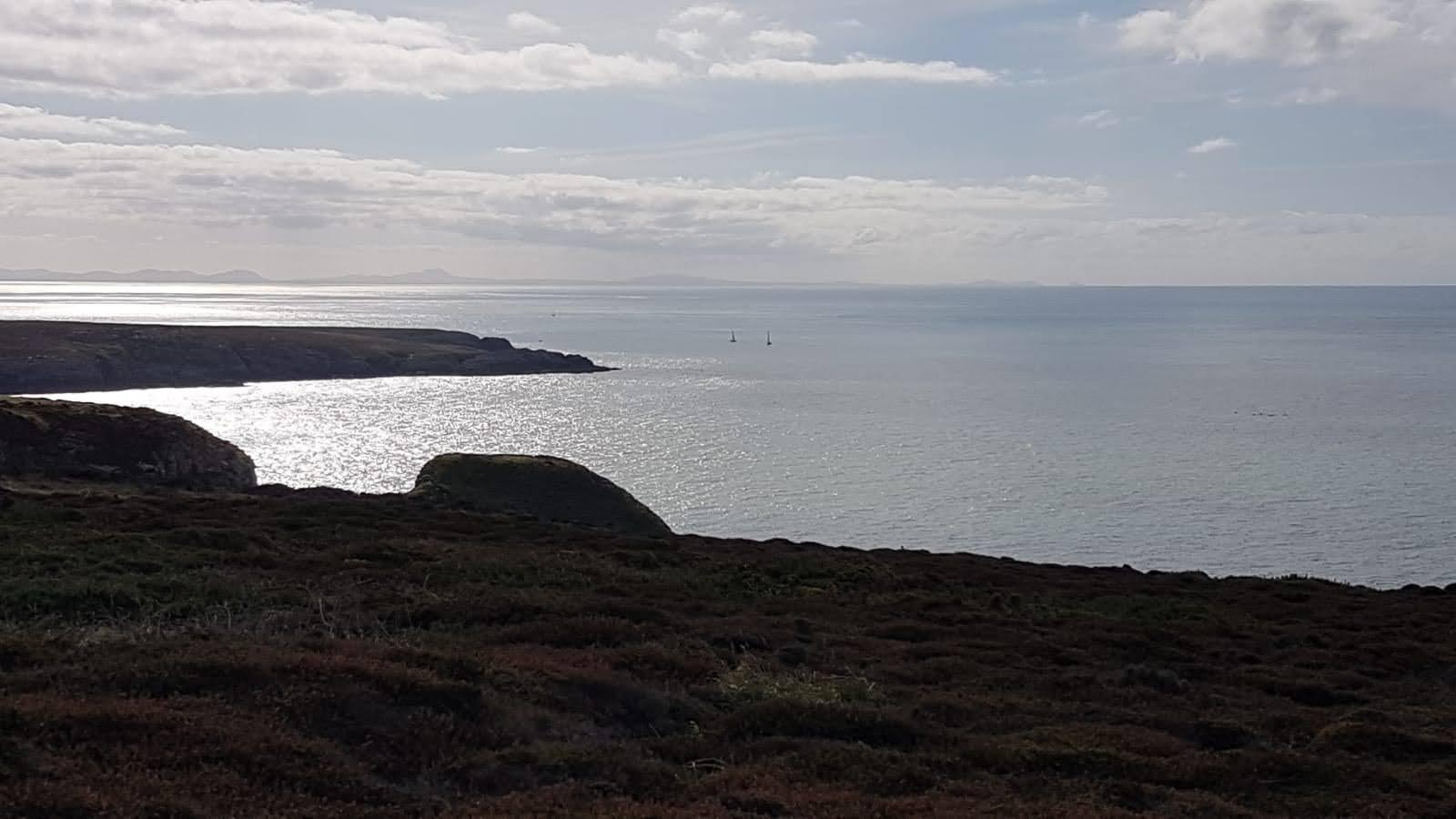 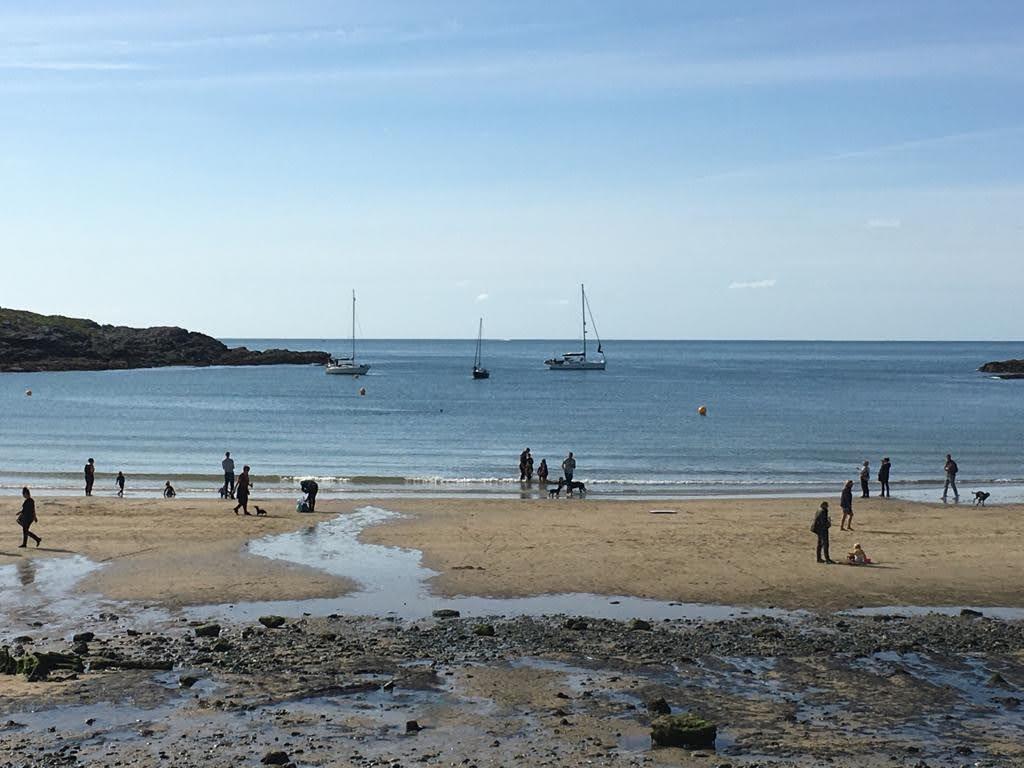 View from the beach

LW at Trearddur was 14:10 so we set off to return to Holyhead. The wind had picked up again allowing us to sail to South Stack but died away again. Engine on to round North Stack where a pod of large Dolphins appeared. They followed Soulmate playing with our Bow Wave all the way to the Meath buoy outside the harbour.

Hellhound and Black Velvet had made good speed past the stacks and were well towards the harbour before we encountered the Dolphins.

And finally Dolphins in the evening light

Thanks to Liz and the other participants for the report and the photos. You can see all the photos of sailing from September in this google photo album: September Sailing at HSC