For someone more used to sailing the sandy shallow waters of the Thames estuary, looking at Anglesey you'd think our deep water coast would be a doddle to navigate. 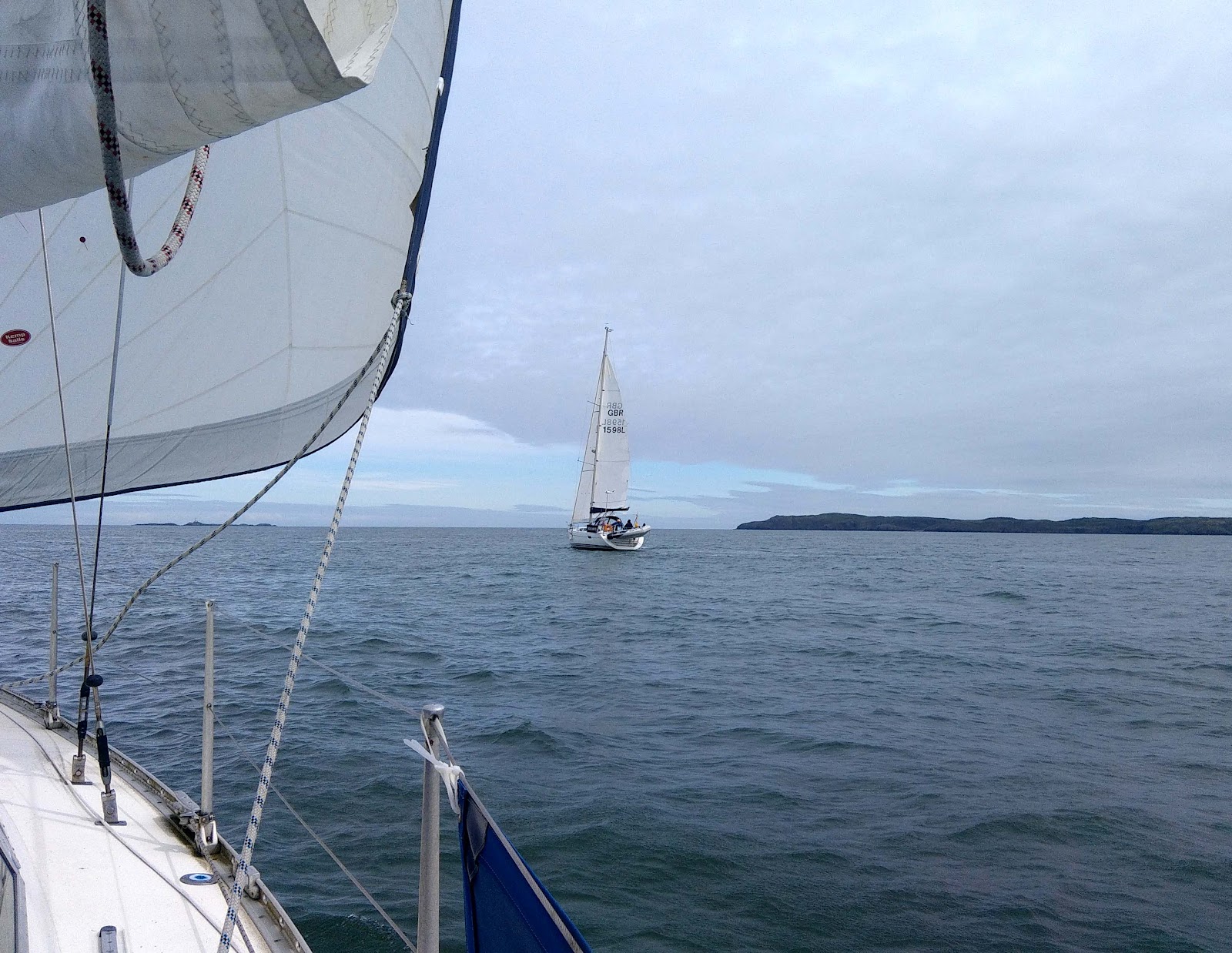 But then, when you think about it, the bulk of Irish Sea waters are forced to flood and ebb around Carmel head. 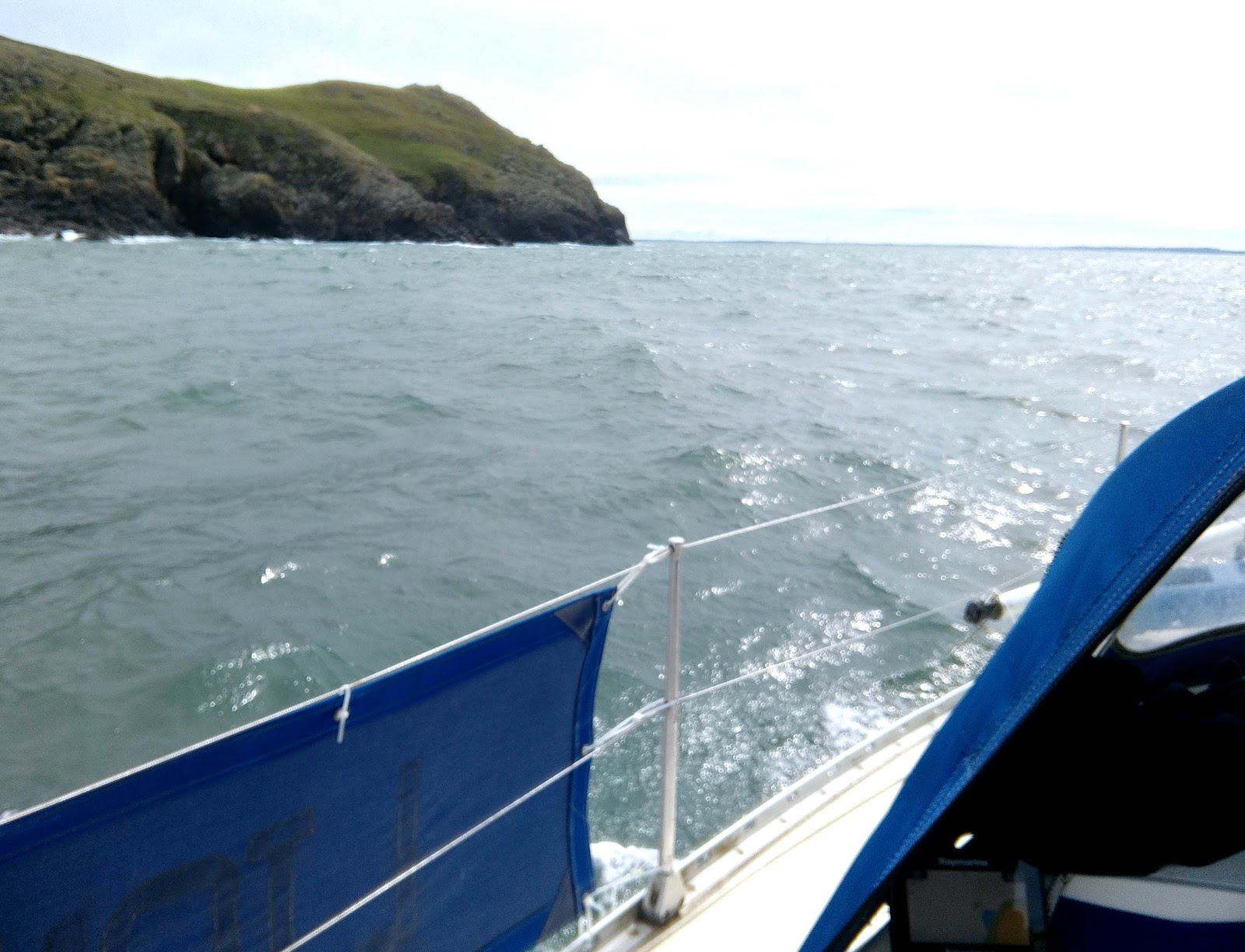 ....so, at this juncture it was quite a surprise when I saw a small obstruction on the plotter which should not have been where it was. This in conjunction with 'Soulmate', ahead of me living up to her name, leading a major course change.

Looking up from the cockpit I saw a large stationary mouse a few cables away on the port beam, on its back sporting a phallus. Checked the point of sail, my ground speed 9.7kt, looked again a minute later at said object, it was in the same place at the same angle to the boat still on the beam, now the size of a small battleship!

Thinking.....why was it still on the beam, at right angles in the same place? I was actually encroaching upon it at breakneck speed! Jagged rocks awisp with breaking water.  No wonder 'Soulmate' had sensibly changed course heavily southward for the comfort of the shore. The tide was pushing Lionheart directly for it! There was no real drama, we left West Mouse to port by half a mile at least, but I chose to divert from the original passage passage plan as the wind had dropped. On Lionheart it was all very interesting, with several of my electronics down, including the autopilot. More jobs to do this week!

With the engine already warm I gave a determined burst to follow Soulmate towards safer water. Debriefing later I noted the tide floods northeast, rather than an assumed due East around the headland.

'Panther' meantime was well ahead of us both having hugged the coast, keeping well inside the main race no doubt observing the goings on abaft with measured concern.

On to arrive at Harry Furlong a short while later, the buoy that marks the jagged rocks on the approach to Cemlyn Bay.  Soulmate kindly gave me water, perhaps unaware I had already run the engine up again under sail, so thank you again.

One thing about single-handed sailing is that one is the navigator, helmsman, sail trimmer, radio operator, engineer, deckhand, cook and more. So big thanks to my wife Sheila and now regular crew Steve for doing most of these jobs on earlier occasions whilst I probably read Boat Owners Monthly. 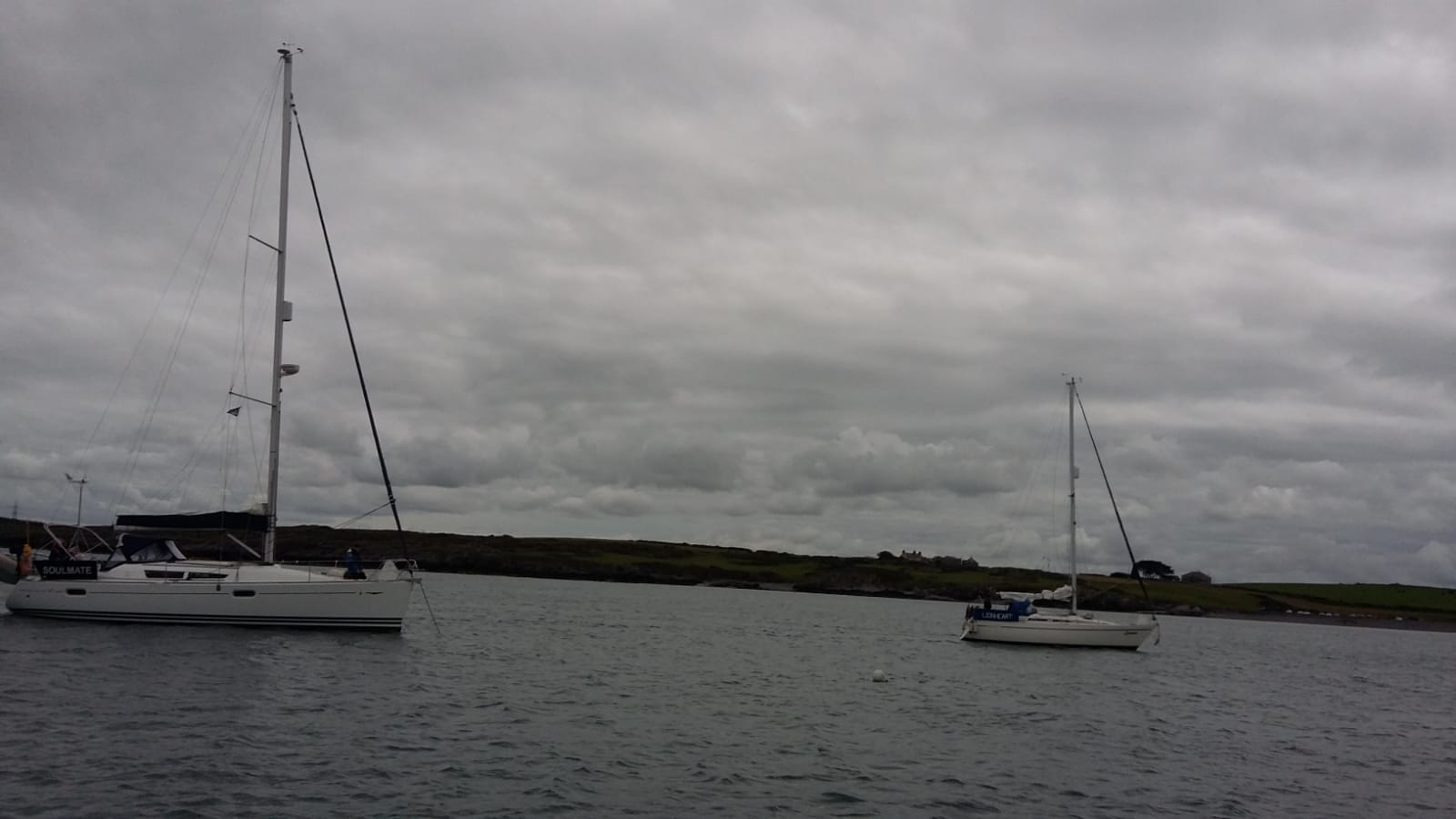 Soulmate and Lionheart anchored in Cemlyn 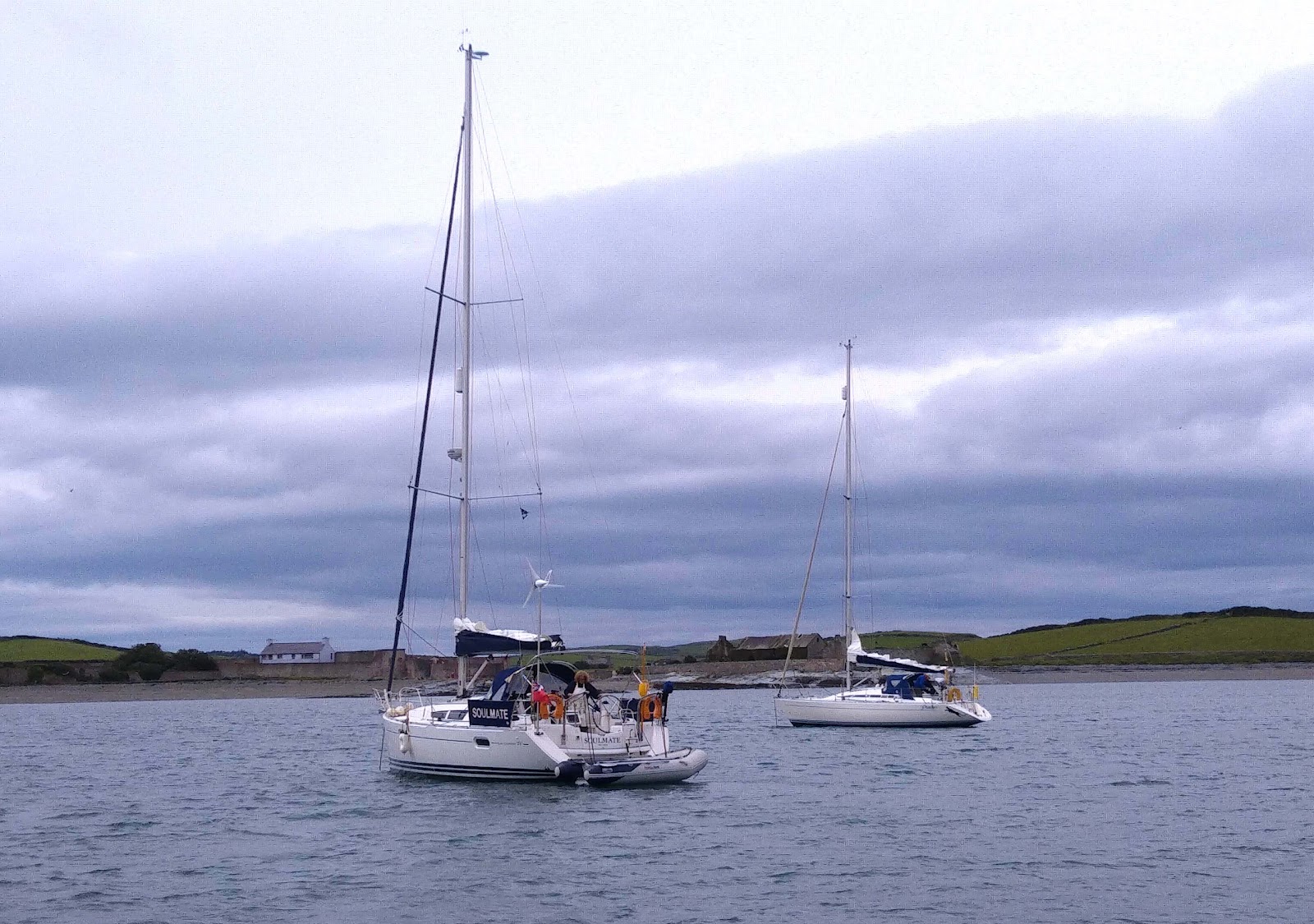 Having anchored in Cemlyn reading BOM, I heard the distinctive rattle of a dragging anchor. I had already dropped it a little too near to Soulmate, so despite a kind offer of socially distanced coffee, I had to decline so as to let out most of the chain and keep anchor watch over the trusty CQR.

Having enjoyed the exhilaration of a full neap flood, we decided to take the short period of slack for a leisurely sail, come motor-sail back, meeting up with Flair1V at the head of the breakwater. How's the back Mark? (Mark Rosenthal had planned this trip for us, but had cancelled out having put his back out gardening.....not so badly so as to prevent him enjoying a short daggle around the bay).

Thanks again Mark, and both my companion boats and crews we have yet to meet up with socially.l thanks to C-19.

Where's my hat? Came the hail, "Shamefully in the cabin", I pointed.

[Editor’s note: Many thanks to Tim for his article and to Ken and Tim for the photos. Who is volunteering for next trip?]

The draft plan for next weekend is Porth Dinllean